The Flushing Line, one of the busiest subway lines in New York City, has now been running exclusively on the Thales SelTracTM Communications Based Train Control (CBTC) signaling system for over five months and service has steadily improved month-over-month since implementation.

(The goal of every metro operator is transporting as many passengers as possible safely and efficiently at the lowest operating cost. The best way to achieve that goal is a Fully Automated Operation (FAO), or driverless system, enabled by high performing CBTC. And the proof is in excellent safety record and low operating costs Thales has achieved for over three decades. Courtesy of Thales and YouTube. Posted on Nov 8, 2018.)

In December 2018 full revenue service began, with the Certificate of Substantial Completion finalized for the line in March 2019.

On-time performance since revenue service began has increased by over 16 percentage points to 91 percent, up from 74.7 percent which was the on-time performance the month before the CBTC system was fully deployed.

For riders, the average amount of time they now spend onboard a train beyond their scheduled travel time has decreased from 1 minute, 40 seconds to an average of just 39 seconds.

For onboard train operators, ATO implementation means they can put more focus on platform procedures and emergency braking while the train runs automatically.

“By resignaling one of the busiest lines in New York, Thales has once again proven its outstanding capabilities in urban rail modernization,” explained Dominique Gaiardo, Vice President and Managing Director for Thales’ urban rail signaling business.

“We are committed to supporting the future of New York City with its Fast Forward plan and contribute to increased public transit capacity for New Yorkers.”

This transportation infrastructure project was the first irreversible resignaling cutover project in North America and modernized the line’s 10.5 miles of track.

The results are greater flexibility of operations across the 46 existing trains that service 22 stations, with the number of trains on the Flushing Line during peak hours now able to service an additional 2,400 to 4,800 passengers per hour.

(What is it? How does it work? Understand the basics of Communications-Based Train Control with Thales. Courtesy of Thales and YouTube. Posted on Sep 11, 2015.)

Today, the 400,000 daily riders on the Flushing Line can enjoy the benefits of the Thales SelTrac™ CBTC system which provides the highest levels of performance and complies with the world’s most stringent standards for maximum safety and efficiency.

In constrained environments, where operations run 24 hours a day, seven days a week, the riders on the Flushing Line can now rely on Thales – whatever it takes. 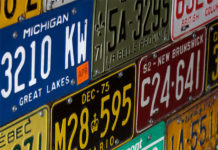