The arrest last week of an individual in Israel suspected of sending threatening messages to Jewish organizations in the U.S. and several other countries provides a glimpse into one of the FBI’s key roles overseas.

The FBI and Israel National Police worked jointly to locate and arrest the individual, according to an FBI statement issued March 23. The threatening calls over the last several months fostered fears about a rise in anti-Semitism in the United States.

Investigating hate crimes is a top priority for the Bureau, which praised its law enforcement and intelligence partners: “The FBI commends the great work of the Israeli National Police in this investigation,” the statement said.

In this and other overseas cases, FBI investigations are greatly helped by having strong relationships already in place with host countries.

In Israel, where terrorism is a perpetual threat and American citizens are frequently among those injured or killed in violence between Israelis and Palestinians, the FBI has a long history of working with the country’s national police and intelligence agencies.

“It’s immensely important that the FBI and other members of the U.S. intelligence community develop strong, long-lasting relationships with international partners in the intelligence arena and also in law enforcement,” said Cary Gleicher, the FBI’s legal attaché in Israel.

(Cary Gleicher, the FBI’s legal attaché in Israel, describes the FBI’s role there and how strong partnerships are mutually beneficial in investigations. Courtesy of the FBI and YouTube)

The FBI has more than 63 overseas offices, or legal attachés, and each relies heavily on its local counterpart to support FBI cases.

“The FBI’s job overseas is, essentially, to work with the host country to collect evidence and intelligence against interests that may affect us in the homeland or may affect U.S. interests abroad,” said Gleicher, who has worked in FBI outposts in Austria, Cambodia, Singapore, and the U.S. Virgin Islands.

Gleicher, an agent since 1989 who opened the legal attaché office in Tel Aviv in 1996 and is on his third tour in Israel, said laying a foundation of cooperation—assisting foreign countries with cases that have a U.S. nexus while seeking their help with FBI cases—is the primary role of FBI agents stationed overseas.

“Our job is to build and foster long-term relationships that allow FBI leadership, both at Headquarters and our field offices, to communicate with any host country intelligence and/or law enforcement executives at any time.”

In Israel—as elsewhere—the FBI works traditional criminal cases that have connections or subjects within a host country, such as cyber, financial, and organized crime investigations.

Earlier this month, for example, an organized crime case that originated in 2011 in the FBI’s Washington Field Office led to arrests and charges against 19 suspects in cities in Europe and Israel, as well as in the U.S.

Also this month, the FBI added a Jordanian woman to its Most Wanted Terrorists list for her suspected role in a 2001 bombing in Jerusalem that killed 15 people, including two Americans, and injured 122 others, including four Americans.

Rusty Rosenthal, an assistant legal attaché in Israel, said having relationships in place smooths and facilitates these types of complex investigations.

“We’re able to hit the ground running, and we’re that much further along whenever we need some kind of mutual assistance,” said Rosenthal, who has spent more than seven years in Israel on multiple tours, in addition to assignments in Afghanistan, Ethiopia, and Yemen.

“We’ve cultivated and maintained these relationships so that when something does come up—and it may be an emergency and it may be breaking very quickly—we know who to call and get access or the information we need to help advance our interests and also help them.”

Indeed, it’s a mutually beneficial relationship, said Brig. Gen. Coresh Barnoor, a top investigator in the Israel National Police. “We have to join forces,” said Barnoor, who heads a unit at Lahav 433—the investigative arm of the department—that probes organized crime and financial crimes. “Working together, we can establish cases.” 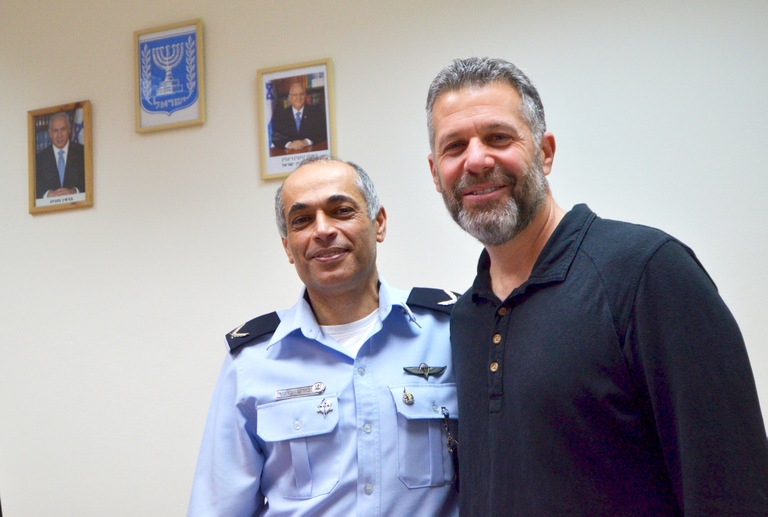 Barnoor, a 15-year veteran of the Israel National Police, recalled the cooperation that followed a series of suicide bomb attacks early in his career where Americans were among the casualties.

Investigators were able to work together to build a case that ultimately led to indictments in the U.S. against the perpetrators.

“I think this was a very, very valuable case besides the investigation,” Barnoor said. “We established ties. That’s why I say to my police officers, ‘Always establish relationships with your colleagues around the world. It’s very, very important.’”

(Brig. Gen. Coresh Barnoor, who heads the National Unit for Fraud Investigation for the Israel National Police, talks about the importance of working with international partners like the FBI. Courtesy of the FBI and YouTube)

In the recent case of the threatening phone messages, the FBI had been working with Israeli intelligence on the investigation since last September, according to Gleicher, who said the FBI sent more than a dozen agents and technical specialists to Israel in the lead up to last week’s arrest.

In addition to a presence at U.S. Embassy Tel Aviv, the FBI has an assistant legal attaché stationed at the U.S. Consulate in Jerusalem. The position was established about five years ago to develop and foster a relationship with the Palestinian Authority.

“Our job is apolitical,” Gleicher said. “So, while we’re assigned in a nation where the Arab-Israeli conflict is with us every day, it doesn’t matter to us whether somebody’s wearing a Jewish skullcap—a kippah—or a Palestinian is wearing a keffiyah, we look at everybody as human beings.”

“And our job is to stop them from getting hurt and working closely with our host country intelligence and law enforcement partners to identify and prosecute the bad guys when something tragic happens.”

Americans Not Confident in US Gov’t Cybersecurity Preparedness

Are You Flying soon? Here Are the New TSA Rules You...