The Federal Bureau of Investigation (FBI) has released photographs from a Walgreens store robbery which occurred at 14501 Miramar Parkway, Miramar, Florida, on July 12, 2019, at approximately 10:30 p.m.

The unknown robber entered the store, brandished a handgun and demanded money from a store employee.

There were no injuries.

The amount of money taken, if any, will not be released at this time.

After the robbery, the suspect fled the store and entered a silver or gray in color four-door sedan.

The suspect should be considered ARMED AND DANGEROUS.

Investigators believe this same individual may have been involved in the robbery of another Walgreens store at 11500 Stirling Road, Cooper City, Florida, which occurred within an hour after the robbery of the Miramar store location. 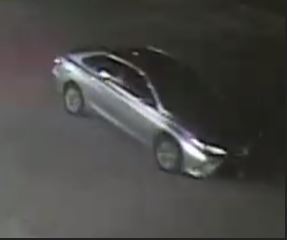 The FBI and its South Florida Violent Crime Task Force are involved in this matter as part of an initiative to assist local law enforcement agencies in combating violent armed robberies.

If anyone has information as to the identity of this robber, they are urged to call the FBI at (754) 703-2000 or Crime Stoppers.

(Learn More. Chaos erupting inside a Daytona Beach Walgreens in April when a man rushed through the doors, armed with a rifle, and headed for the pharmacy. Courtesy of FOX 35 News and YouTube. Posted on Apr 23, 2019.)

(FBI Special Agent Danielle Messineo, who works in the Crimes Against Children division, tries to prevent future victims by giving presentations to school children. Courtesy of the USA Network and YouTube.)

Nominations are still being accepted for a limited time in the 2019 ‘ASTORS’ Homeland Security Awards at https://americansecuritytoday.com/ast-awards/.