A report on test releases of liquefied compressed chlorine was published on Sept. 30 by Utah Valley University (UVU).

Staff from the U.S. Fire Administration’s National Fire Academy (NFA) participated in the project to identify training gaps and opportunities that the NFA’s hazardous materials curriculum can meet. 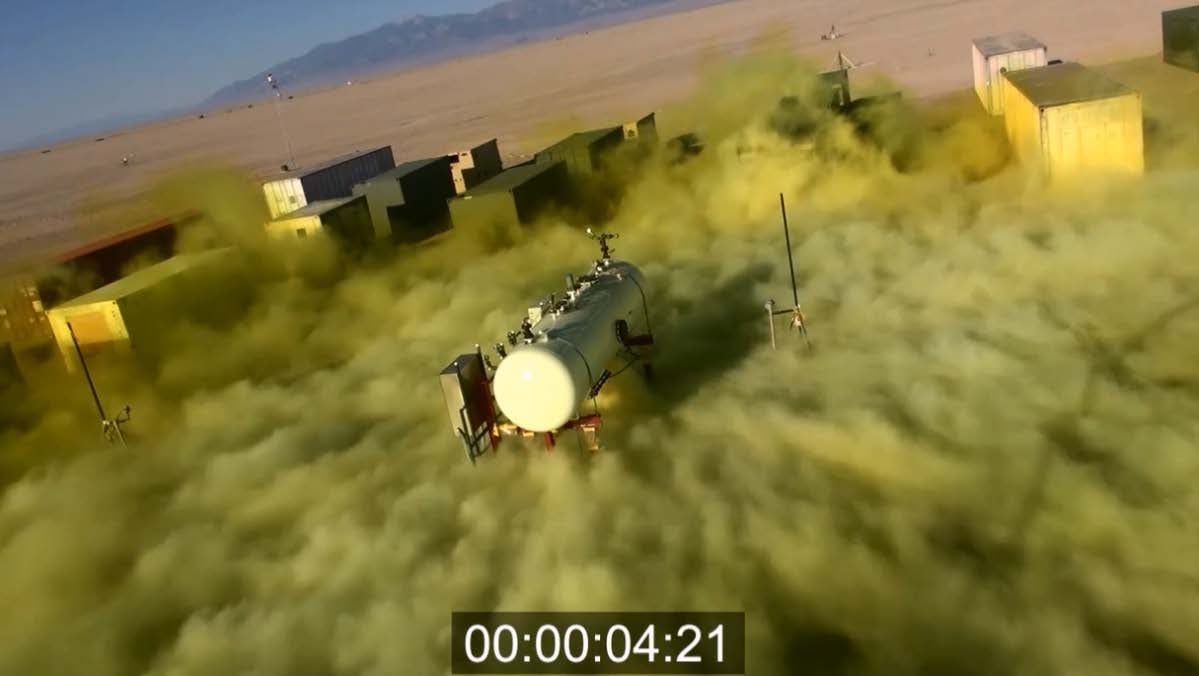 Findings related to the emergency response objectives of the Jack Rabbit Project include:

Aerial view of the plume behavior

Emergency responders need to base their planning and response decisions on facts, science and incident circumstances.

For that reason, the authors of the report stated that it is important to involve the emergency response community in the planning and execution of future hazardous materials release research.

The U.S. Department of Homeland Security’s Transportation Security Administration wanted to better understand the impact on communities of a large release (60 to 90 tons) of TIH gases (chlorine and anhydrous ammonia) from a rail car.

The project was divided into two phases — Jack Rabbit I and Jack Rabbit II — and a series of tests occurred between 2010 and 2016.

The NFA will use information learned from the tests to update response protocols taught in our hazardous materials courses.

A repository of information on the complete Jack Rabbit Project is available to emergency responders on UVU’s website.