Q: Why is this pandemic, or any disaster, such an opportunity for scammers and criminals?

A: Unfortunately, criminals are very opportunistic. They see a vulnerable population out there that they can prey upon.

People are scared and looking for help. People are trying to protect themselves and their families.

For example, people are looking for medical attention and medical equipment. They also may be unemployed and looking for work.

There may be an extra level of desperation right now that may cause someone to make an emotional decision that could make them a victim.

Q: What are some of the most common fraud schemes you’re seeing?

(According to the FBI’s financial crime section, thousands of complaints are pouring in and scammers are getting creative. Courtesy of Good Morning America and YouTube. Posted on Apr 11, 2020.)

One of the most prevalent schemes we’re seeing is government impersonators.

Criminals are reaching out to people through social media, emails, or phone calls pretending to be from the government.

In some cases, they’re even going door-to-door to try to convince someone that they need to provide money for COVID testing, financial relief, or medical equipment.

We are a very trusting society, but it’s important to know that the government will not reach out to you this way.

If someone reaches out to you directly and says they’re from the government helping you with virus-related issues, it’s likely a scam.

This “government” representative may be trying to use phishing or other techniques to hack your computer or get your personal information or money.

Right now, the threat we’re most concerned about is fake cures or treatments for the virus.

These “cures” can be extremely dangerous to your health—even fatal.

You should never accept a medical treatment or virus test from anyone other than your doctor, pharmacist, or local health department.

(Missouri officials are suing televangelist Jim Bakker after his TV show promoted a cure for COVID-19. Courtesy of ABC News and YouTube. Posted on Apr 10, 2020.)

People who are at home and out of work are vulnerable to work-from-home scams. If someone you don’t know contacts you and wants you to urgently pay them in return for a “job,” you are dealing with a criminal. Legitimate jobs will not ask you to pay them.

If you’re in a role like this where you’re being asked to send or move money, you’re acting as a money mule, which is a federal crime.

One of the most lucrative schemes for criminals is offering you an opportunity to invest in a cure or treatment for the virus. The purpose of these get-rich-quick schemes is simply to defraud the investor.

Any offer like this should be treated with extreme caution.

“Unfortunately, criminals are very opportunistic. They see a vulnerable population out there that they can prey upon.”

Q: What potential scams should people be aware of regarding government financial benefits?

A: The government will not ask you for personal information to give you your financial benefits. If you receive an email, text message, or phone call claiming to help you get your benefits, do not respond.

If you are eligible to receive the benefits, your government check will be mailed to you or will be direct deposited into your bank account. (Note: The IRS has additional tips on how to avoid these types of scams.)

Q: What is the FBI doing about these scammers?

A: We’re investigating many of these cases right now. We’ve already arrested and filed charges against those who we have evidence to believe are engaging in these crimes.

We have teams of FBI employees working these cases every day.

I strongly encourage anyone who comes across something suspicious to report it to the FBI at tips.fbi.gov or to the Internet Crime Complaint Center at ic3.gov.

“We’ve already arrested and filed charges against those who we have evidence to believe are engaging in these crimes.”

Q: What can people do to protect themselves from scammers?

A: Use extreme caution in online communication. For emails, verify who the sender is—criminals will sometimes change just one letter in an email address to make it look like one you know.

Be very wary of attachments or links; hover your mouse over a link before clicking to see where it’s sending you.

In general, be suspicious of anyone offering you something that’s “too good to be true” or is a secret investment opportunity or medical advice. Seek out legitimate sources of information.

The mission of the Internet Crime Complaint Center, also known as IC3, is to provide the public with a reliable and convenient reporting mechanism to submit information to the Federal Bureau of Investigation (FBI) concerning suspected Internet-facilitated criminal activity and to develop alliances with law enforcement and industry partners.

Information is analyzed and disseminated for investigative and intelligence purposes to law enforcement and for public awareness.

(Actress Kirsten Vangsness, who plays tech-savvy FBI analyst Penelope Garcia on the show Criminal Minds, is intended to promote awareness of Internet crimes and scams and encourages the public to report suspected criminal cyber activity to the Internet Crime Complaint Center (IC3). Courtesy of the Federal Bureau of Investigation and YouTube.)

It has become increasingly evident that, regardless of the label placed on a cyber crime matter, the potential for it to overlap with another referred matter is substantial.

Therefore, the IC3, formerly known as the Internet Fraud Complaint Center (IFCC), was renamed in October 2003 to better reflect the broad character of such matters having an Internet, or cyber, nexus referred to the IC3, and to minimize the need for one to distinguish “Internet Fraud” from other potentially overlapping cyber crimes. 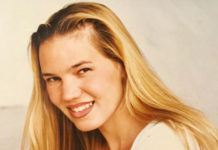