On May 7, 2018, the FBI released the Internet Crime Complaint Center (IC3) 2017 Internet Crime Report, which highlights trending Internet scams, compiled from complaints of suspected criminal Internet activity filed with the IC3 in 2017.

The report’s data represents a total of 301,580 complaints with reported losses in excess of $1.4 billion.

The top three crime types reported by victims in 2017 were: 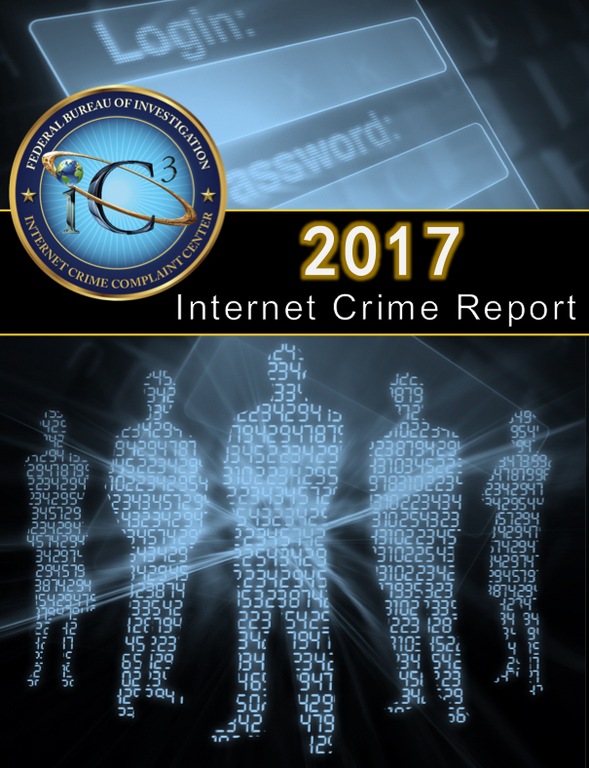 In addition to the 2017 statistics, the IC3 2017 Internet Crime Report contains information about the IC3, an explanation of the support provided to law enforcement by the IC3, and hot topics for 2017, including business e-mail compromise, ransomware, tech support fraud, and extortion.

With the release of the 2017 Internet Crime Report, the FBI is working to:

By reporting Internet crime, victims are not only alerting law enforcement to the activity, but aiding in the overall fight against cyber crime.

Beginning in 2015, the Internet Crime Complaint Center (IC3) forwarded multiple complaints to the FBI’s Houston Field Office regarding fraudulent offers of investment opportunities by perpetrators who impersonated U.S. bank officials and financial consultants over the Internet and telephone.

Victims in various countries, including the U.S., were deceived into believing they would receive millions of dollars from joint ventures with certain U.S. banks if they paid up-front fees—ranging from tens of thousands to hundreds of thousands of dollars—to participate.

According to court documents, victims lost more than $7 million collectively in this scam.

The complaints submitted by victims to the IC3 helped investigators uncover this elaborate international advance fee and money laundering scheme, and in February of this year, six individuals were federally charged in Houston in connection with the scam.

The IC3, which has received more than 4 million victim complaints from 2000 through 2017, routinely analyzes complaints like these and disseminates data to the appropriate law enforcement agencies at all levels for possible investigation.

The IC3 also works to identify general trends related to current and emerging Internet-facilitated crimes, and it publicizes those findings through periodic alerts and an annual report.

If you use the Internet, the 2017 Internet Crime Report is a document you should read carefully.

You’ll learn a great deal, including:

“We want to encourage everyone who suspects that they have been victimized by online fraudsters to report it to us.”

The success of the above-mentioned Houston investigation is just one example of the impact that the IC3 can have on Internet-facilitated criminal activity—and proof positive that the short amount of time it takes individuals who think they have been scammed to go the IC3 website and submit a complaint form is well worth it.

“We want to encourage everyone who suspects they have been victimized by online fraudsters to report it to us,” says IC3 chief Donna Gregory.

“The more data we have, the more effective we can be in raising public awareness, reducing the number of victims who fall prey to these schemes, and increasing the number of criminals who are identified and brought to justice.”

In conjunction with today’s release of the IC3’s 2017 Internet Crime Report and in support of the center’s #StopCyberCrime campaign, the FBI is releasing a 30-second video public service announcement (PSA) featuring actress Kirsten Vangsness, who plays a tech-savvy FBI analyst on the current television program Criminal Minds.

The video can be downloaded and used in any setting to help spread the word about the work of IC3, and to help convince those who think they may have been victimized online to file a complaint at www.ic3.gov.