The man who opened fire at the Molson Coors plant Wednesday, killing five co-workers and himself, had been involved in a long-running dispute with a co-worker that boiled over, according to law enforcement and brewery sources who spoke to the Milwaukee Journal Sentinel.

Anthony N. Ferrill, 51, had worked as an electrician for more than 20 years, about 17 of them at Molson Coors, according to multiple sources and online employment records.

(A gunman went on a shooting rampage at the Molson Coors brewing company in Milwaukee. The gunman killed at least six people and himself. Courtesy of CBS Evening News and YouTube. Posted on Feb 26, 2020.)

A co-worker who asked not to be identified for fear of being disciplined said Ferrill believed he was being discriminated against because he was African American and that he frequently argued with at least one of the victims, a fellow electrician.

The co-worker said Ferrill often watched movies on his phone during the day, which the other electrician took issue with, and that the two accused each other of going into each others’ offices and stealing tools or tampering with computer equipment.

About a year ago, the employee said, Ferrill started saying he believed brewery workers were coming into his home, bugging his computer and moving chairs around.

“I was, are you serious, Anthony? What? We all kind of joked about it, saying we should maybe get him an aluminum hat.”

“Things just started getting weird. But he was dead serious about it,” the co-worker said.

(Officials held a press conference about Wednesday’s shooting at the Molson Coors complex in Milwaukee, Wisconsin. Five employees were killed and the gunman was found dead of an apparent self-inflicted gunshot wound, police said. Watch their remarks here. Courtesy of CBS News and YouTube. Posted on Feb 26, 2020.)

But another co-worker, Keith Giese, said Ferrill seemed fine when he saw him earlier this week.

“I never had a clue. I talked to him a couple of days ago and he seemed fine to me,” Giese said.

“I had no idea that there was a problem, that somebody could snap like that.”

As word spread Thursday that Ferrill was the shooter, co-workers and neighbors echoed that surprise.

“He was a very good electrician, a very good worker and I couldn’t say anything bad about the guy,” said Phillip Rauch Sr., who retired in April after working with Ferrill for 15 years.

“Every time I worked with him, he was always in a good mood.”

Ferrill was a licensed industrial journeyman electrician and a member of the International Brotherhood of Electrical Workers in Milwaukee.

Did you know it  takes an average of 6-8 minutes for law enforcement to arrive on scene?

In 60% of cases, the shooting is already done. 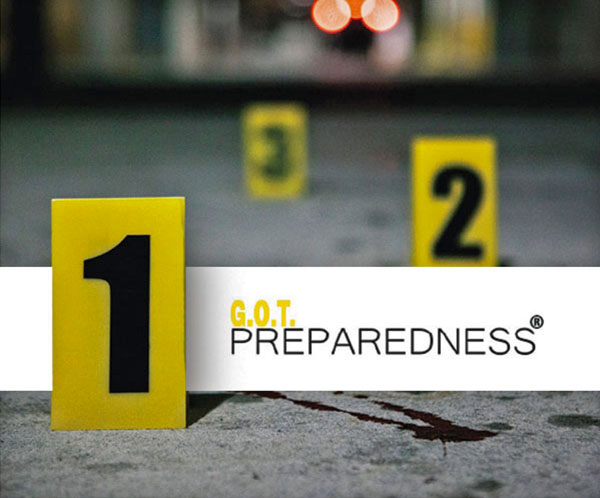 How we prepare for, respond to, and recover from these incidents makes a critical difference in the outcome.

OSHA requires organizations to maintain workplaces that are free from recognizable hazards, including Active Assailants.

Learning is reinforced with online training, available 24×7, meeting the needs of dispersed and deployed workforces.

Click Here to learn about G.O.T Preparedness® and save 20% TODAY!

Workplace Violence Prevention Training: Is It Worth the Gamble?