Last year, someone kept hacking into traffic signs in Dallas — corrupting bland electronic messages into jokey missives such as: “Work is Canceled — Go Back Home” and “Donald Trump Is A Shapeshifting Lizard!!”

Funny? Dumb? Vandalism? Whatever your opinion of the pranks, the big Dallas hack of 2016 had one quality totally lacking in this year’s sequel: It was silent.

On Friday night, 18 minutes before midnight, every single one of Dallas’s 156 emergency weather sirens started doing this:

The sirens, whose purpose is to be heard by anyone caught outdoors in a tornado or dangerous storm, screamed from the southern reaches of Oak Cliff to newspaper columnist Robert Wilonsky’s house in the north.

They blared for an hour and a half, to the annoyance, terror or amusement of 1.3 million residents. 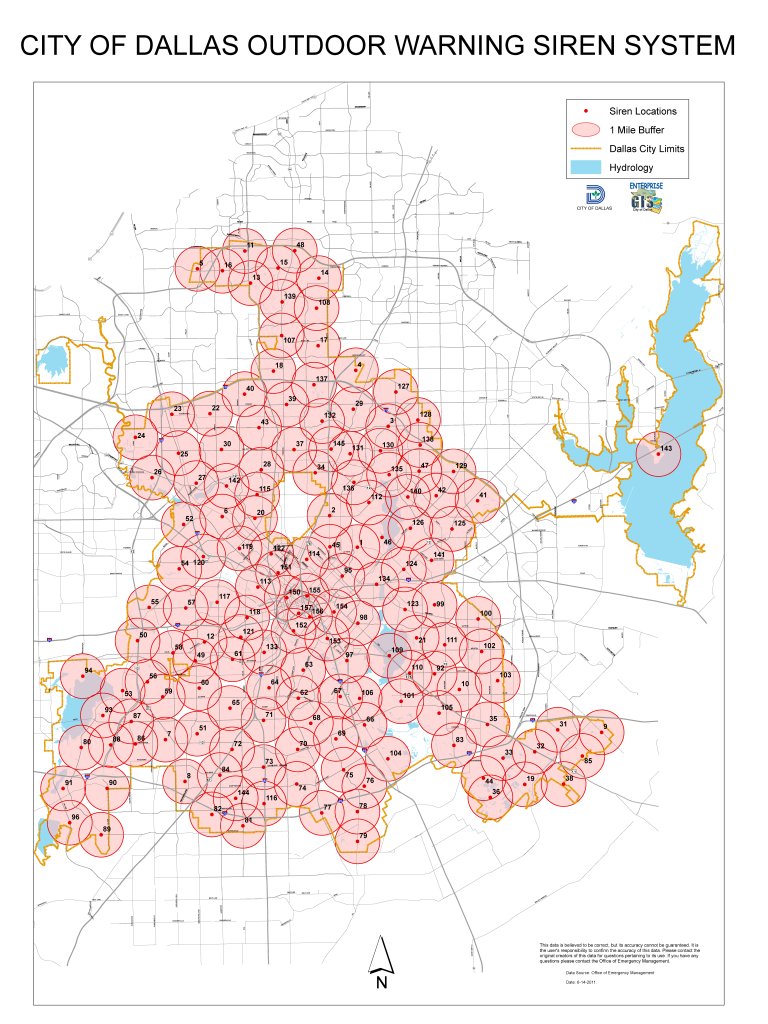 The sirens are something of a spring feature in that part of Texas, which occasionally sees twisters roam past office towers, and where three tornadoes touched down just days earlier, as the Dallas Morning News reported.

But not so much in clear weather, at midnight. So awoken Dallasites could only guess what was happening until city workers tried to figure out the same.

Not everyone cracked jokes.

“We had people asking if we were being attacked because of what’s going on overseas,” a city spokeswoman said the next day.

And thousands of people flooded the Dallas 911 system (which has had its own technical problems), she said, leaving people with real emergencies waiting on the line for long minutes.

After nearly an hour of wee-ooo, the city said it was trying to fix the problem, which it initially called a malfunction.

By 1:20 a.m., flummoxed officials had decided the only way to stop the noise was “to unplug the radio systems and the repeater, and pretty much turn the siren system completely off,” as emergency management director Rocky Vaz explained to reporters the next day.

At that same news conference (ironically drowned out at one point by ambulance sirens) city spokeswoman Sana Syed announced that the 95 minutes of howling had not been a glitch after all.

“It does appear at this time it was a hack,” she said. “And we do believe it came from the Dallas area.”

Officials have ruled out a remote hack — telling reporters someone gained physical access to a hub connecting all the sirens, which may not be turned on again until Monday as the city tries to figure out who, how and why.

“Talking to all the experts in the siren industry in the field, this is a very, very rare event,” Vaz said. He’d said he’d heard of a city having a few individual sirens tampered with the early 1990s — but nothing like a citywide hack.

The city has asked the Federal Communications Commission to track down the culprit and is looking for alternative alert systems in case the sirens aren’t back up before expected storms roll in early next week.

(A search is underway for a hacker who caused panic and confusion in Dallas by triggering all of the city’s emergency sirens, intended to warn people of incoming severe weather. Courtesy of CBS This Morning and YouTube)

And whatever was said on Twitter that night, officials aren’t laughing.

“You can put me down as terrified,” a city council member told the Morning News.

Mayor Mike Rawlings called the hack “an attack on our emergency notification system.”

He urged upgrades to Dallas’s chronically and sometimes dangerously wonky electronic infrastructure and promised the city would “identify and prosecute those responsible.”

Still, though, the jokes.